Languages and their role in helping the evolution of human society throughout history. What it means to be human. What does the future hold? 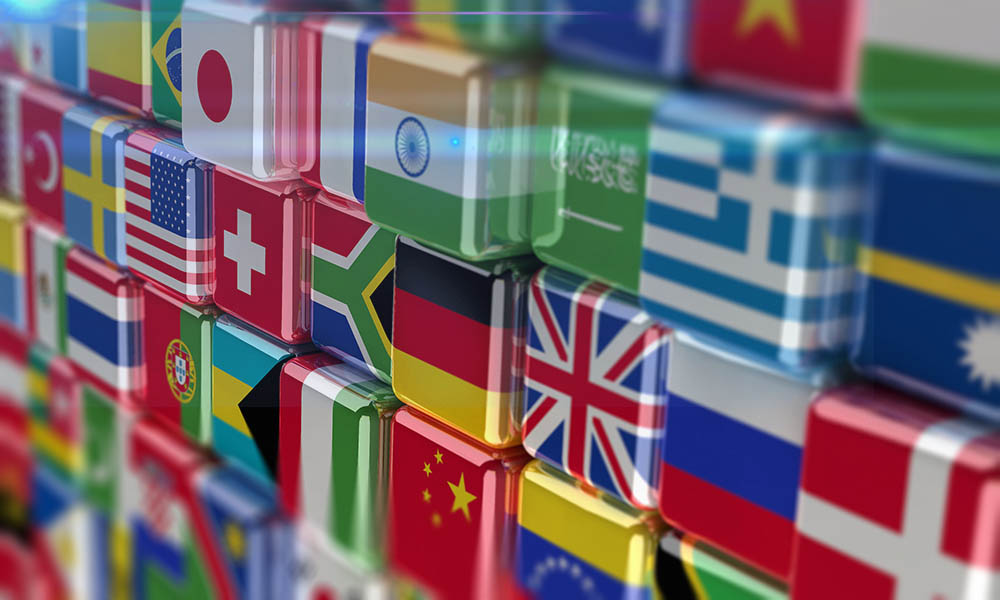 Human reasoning, languages and their barriers

The need to be understood by members of the same species is a universal feeling that all animals who live in a social group of any kind can relate to. Human society, in particular, is based on a social structure compromising co-operation and competition. Ours is also a society adept at using language for self-expression, communication and the exchange of ideas. Communication, excluding the exchange of ideas; depending on how you define ideas, on a high level has also been observed in dolphins, whales and chimpanzees, all of whom are in the Mammalia family. Communication for these mammals is universal; if two dolphins from across the globe came face to face, they would still be able to communicate without any problems.

As human beings, we are capable of abstract reasoning, problem solving and introspection, so we developed linguistic and cultural uniqueness over thousands of years within isolated populations. This diversification of languages and cultures that happened over centuries means that thanks to our own complexity, we sometimes fail to do the most basic things; communicate with our fellow man from the far corners of the world. Children are an excellent example of how we are innately programmed to connect with each other, despite linguistic and cultural barriers, at a fundamental level. This need to communicate with another member of the same species resurfaces the moment language fails us.

As told by Anna Deavere Smith, “In the moment when language fails a person, they have to be more creative than they would have imagined in order to communicate. It’s that very moment that they have to dig deeper than the surface to find words, and at the same time, it’s a moment when they want to communicate very badly. They’re digging deep and projecting out at the same time.”

The desire to communicate can manifest itself in different ways, which can depend on many variables like a person’s personality and cultural background.

Note that the following statements are sweeping generalisations so don’t take these as testament.

Someone from the UK or America from the baby boomer generation might start to speak louder and slower in their own language, mimicking the accent of the other language, assuming it’ll somehow miraculously turn their mother tongue into the desired foreign tongue. If you are from the millennial generation, you might try your luck on Google Translate and hope for the best. If you are someone from southern Europe or are very outgoing as a person, you might start using your hands more to try and express what you are trying to convey. 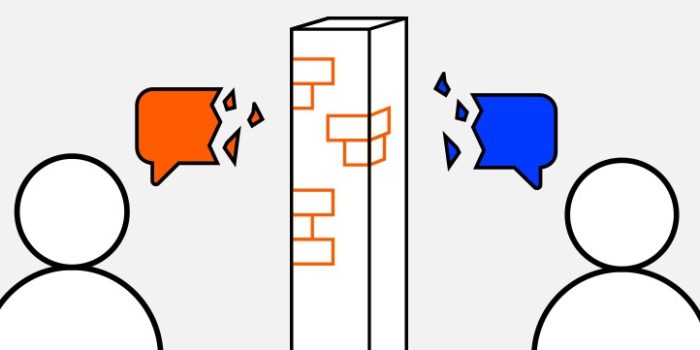 Cultural influence on the development of identity, virtues and norms.

As we mature, we complicate things due to the social norms and restrictions imposed by growing up within a specific culture. We box ourselves in categories and are subconsciously very keen on putting others within these cultural boxes. This habit creates misunderstandings and can lead to communication issues on just about everything. Be that fascination with foreign ways or missing the point at hand entirely, it is easy to go off topic because of all the differences that you will most likely encounter. Both parties want the same end result, which is clear communication of ideas and intent but the obstacles encountered are countless, which is why the job of translation is such an old one.

And then along came the Internet…

The dawn of the information age ushered in by the world wide web has made the world a smaller place, within easy reach and available at our fingertips 24/7. Having said that, the boxes of generalisation that exist within us are still very much prevalent.

Jumping into broad generalisations and conclusions based on YOUR cultural parameters is a very human thing to do when encountering something unfamiliar. OUR cultural norms are so deeply rooted within ourselves that even when you know you shouldn’t generalise, you do it subconsciously and have to consciously fix these assumptions by reminding yourself this is not the case.

Connected yet afar. Problems caused by language and cultural barriers.

So, how do the cultural aspects of human behaviour manifest themselves within the corporate world?

Considering cultural differences before attending first face-to-face meetings really helps if you are looking to make a good first impression, which ultimately, could be the deciding factor of continuing business talks into the future for both parties.

Granted, not all people operate in the same way, but more often than not, it is a big deal. Even one of the most successful brands in the world, Coca-Cola, got it wrong in the past.

When launching a new advertising campaign in the Middle East, they assumed that the pictures used in a billboard ad would be read the same way as the western audiences, which is from left to right. The ad in question was of a tired-looking man who drinks the global drink then becomes invigorated. In the Middle East, the writing system reads from right to left, so to them, the ad read an invigorated man drinks Coca-Cola and gets tired. Cultural appropriation, when doing business in a different culture is, therefore, critical. For more information on cultural appropriation, click here.

Problems continue to persist even when your international partner speaks your language as business and technical terms may be unfamiliar. This is where misunderstandings are commonplace. Both parties may assume that because the need for common languages for communication purposes is being fulfilled, business is going smoothly when this may not be entirely the case.

Poor quality translations and assumptions due to lack of clarity can often result in the need to start again from scratch, which is both costly and time-consuming. Also, if the poor quality translation makes it out there for people to read, it becomes associated with your brand even if you retract or delete it; this can be very damaging to the brand image of your company in the future.

So, what have we learned and where do we go from here?

The need to eliminate miscommunication derived from both linguistic and cultural obstacles is something that needs to be carefully handled by businesses, and the demand for companies to get this right first time round is only increasing as we head towards a globally connected world in which everything moves faster than ever before.

Learning a language is not an overnight sensation, neither are all language speakers natural translators, but there are solutions for such problems.

For the best outcome, you should engage in the services of a professional translation agency to act as your partner overseas. They will help you to communicate effectively and avoid any mishaps which may seriously damage your brand’s image. Companies that rely on professional services have a much higher chance of success in achieving their international growth targets. Translation and language need to be part of any successful company’s strategy.

If you work for a company who is looking to expand into a foreign market, we are more than happy to become the official linguistic partner with you!