By Romit Limbu of ALM Translations

Why do we say hip-hop instead of hop-hip and King Kong instead of Kong King?

Ever wondered why we say tick-tock and not tock tick, or ding-dong, not dong ding; King Kong, not Kong King? It is one of the unwritten rules of English that native speakers seem to know almost instinctively. Ablaut reduplication was a term that I had never heard before, so when I stumbled across it, it piqued my interest. Upon further reading, I can confidently say that everyone follows and upholds this grammatical rule subconsciously.

That includes me. Often when people who are learning English ask me about grammar or question why certain things are the way they are, all I can say is “Because saying it any other way just sounds wrong”. 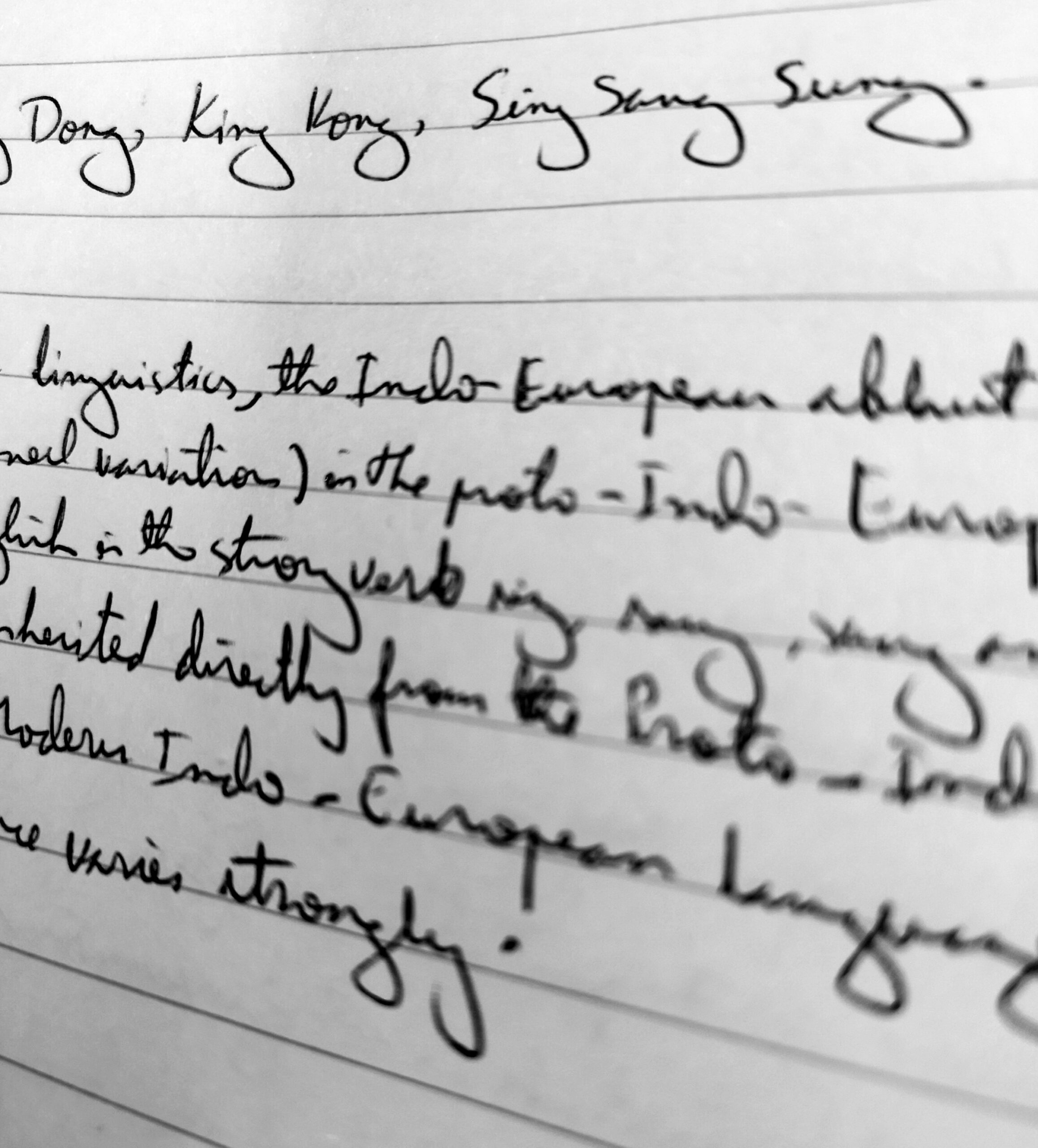 How does Ablaut reduplication work?

So, to explain the rule: if you have three words, then the vowel order has to be I, A, O. In the case of two words, the first is almost always an I and the second is either an A or O. For example, Mish-mash, chit-chat, dilly-dally, tip-top, hip-hop, flip-flop, tic tac toe, sing-song, ding-dong, King-Kong, ping pong. You get the idea…

Another interesting grammar rule that we implement subconsciously applies when we describe things such as the name “little red riding hood”. Adjectives in English absolutely have to be in this order: opinion-size-age-shape-colour-origin-material-purpose-noun. An example: – A lovely little old rectangular green French silver whittling knife. If you change the order, it just doesn’t work.

This explains why we would say little green men instead of green little men.

There are exceptions to the adjective rule as the I-A-O rule takes priority over everything else. An example: Big bad wolf. This rule is deeply rooted in our language, and it defies logic too. If we think about it, a horse’s four hooves make exactly the same sound as they hit the ground but to describe the sound we say clip-clop. This seemingly inviolable rule is Ablaut reduplication.

Is Ablaut reduplication unique to the English language?

What are Ablaut grades?

In Indo-European languages, the primary, inherent vowel of most syllables is a short e. Ablaut is the name of the process whereby the core vowel, which is almost always an e as mentioned above, would either be lengthened, altered to an o, altered and lengthened, or completely removed, known as the zero grade (an example of a zero grade: does not – doesn’t). These alterations on the way e sounds are what is known as Ablaut grades. This results in five ablaut grades overall: full grade (e), altered grade (o), lengthened grade (ee), altered length grade (oo), and zero grade (nothing). The first vowel is almost always a high vowel. This is then followed by the repetition of a lower vowel in relation to the first vowel. This is why the order is I, A, O.

These grades give us patterns like sing-sang-sung outcomes in English, although we don’t use this process anymore to make new words, meaning it’s no longer productive in English. But these also matter when you use reduplication.

Naturally, the structure of the words, consonant-vowel-consonant plays a significant role in the way words are pronounced as there’s a complicated relationship with stress patterns, the number of syllables in a word at the end of the affixation, and changes; however, the process looks the same across many surviving Indo-European languages as they all are from the same language group. Thus, the role of Ablaut reduplication is somewhat consistent within languages like English, French and German. (We do quality translations from and into English, German, French on a daily basis and are experts in this field!)

The theory behind this rule’s existence is that it replaces vowel sounds.

Vowels always move from front to back. E(as in email), I(igloo), A (as in apple), uh(as in umbrella), oh (as in auto) and oh(as in oatmeal). This is the prevailing theory behind the way reduplication works in English, and as mentioned above; however, its roots predate back some 2000 years.

Languages are complex in structure due to their long histories, and they will continue to evolve, influenced by societal norms. Since the turn of the Millennium, technology and the internet have both been major influences.

At ALM, we love all things language.

The information in this blog was inspired by a thread on Reddit, followed by a little research on the term Ablaut reduplication.